The daily, standard tour is presented as a narrative timeline starting with the oldest building and going through the major period and style changes to end in present day. A variety of building types are examined including homes, public buildings, and commercial structures. We will talk about the reasons people used various materials and building techniques, what they were trying to convey by choosing specific styles, and how all of this fits into the context of Savannah’s urban design.

The following is a chronological list of buildings and styles that you might see on the tour. Not all of the buildings listed will be examined in depth and other buildings that are not on the list may be used in place of them.

Georgian Period
• Charles Oddingsells cottage offers a glimpse into 18th century Savannah with its clapboard, shed dormers, and wood shake roof. As is often the case, the porch is a later addition. 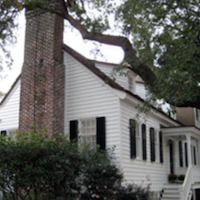 Federal Period
• An example of American Classical Revival typical of the Georgian and Federal Periods, this house was built for the estate of John Eppinger in the early 1820s. It was moved from West Perry Street to its current East Bryan Street location. 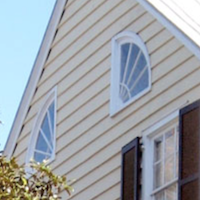 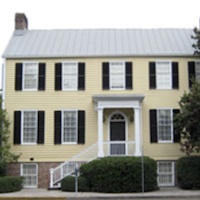 Regency Period
• As the first house in Savannah designed by a trained architect, The Owens-Thomas House started trends still being emulated in Savannah today. William Jay’s training occurred in London during the Regency Period when classical elements were mixed liberally with new technologies. 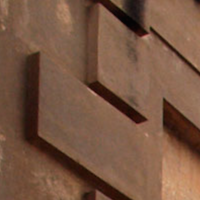 Greek Revival
• Although not officially a denomination at the time, Methodists trace a Savannah connection to the 1730s when John Wesley arrived as an early preacher in the colony. Trinity Methodist is one of many Greek Revival buildings in Savannah. The building dates from the 1840s when John Hogg designed it for a congregation that dates to 1812. 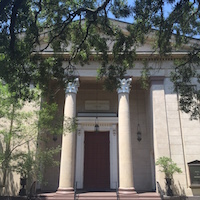 Italianate
• John Stoddard’s Italianate home dates from the 1860s. It is attributed to John Norris and uses a style he was well-versed in with elements such as segmental arches, paired sash windows, and bracketed eaves. 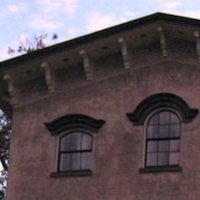 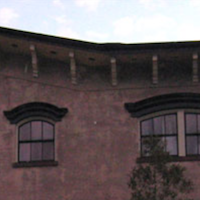 Second Empire
• Second Empire homes are often unexpected in the south as they became popular after the Civil War. This pair, designed by DeWitt Bruyn for John Martin and A.J. Miller, is capped by a style-defining Mansard roof. 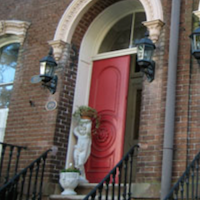 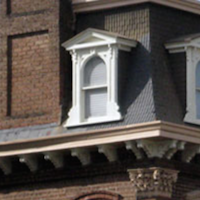 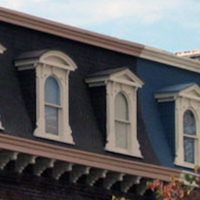 Gothic Revival
• Built as an inn for Honoria Foley in the 1890s, this structure was designed in a Late Victorian, Gothic Revival style by Henry Urban. German born and raised, Urban incorporated Art Nouveau details into many of his buildings at the end of the 19th century. On the Foley House, you can see details such as an oriel window, corbel table, decorative brickwork, and a terra-cotta band course. 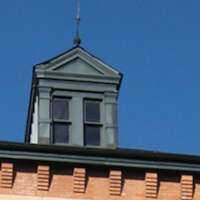 Romanesque Revival
• Chatham County Courthouse serves as extension office while court is held in a newer building a few blocks away. Designed in the 1880s by William Gibbons Preston, the yellow brick structure took influence from the Romanesque Revival style of H.H. Richardson, but anticipates the Art Nouveau of Scottish architect Charles Rennie Mackintosh. 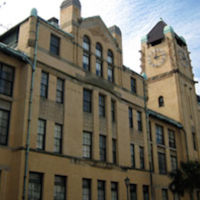 Renaissance Revival
• The Federal Courthouse was completed in the 1890s by Jeremiah O’Rourke and extended in the 1930s by William Aiken. It is heavily ornamented with Romanesque arches, decorative panels, spandrels, frieze, and eave brackets all made from Georgia marble. 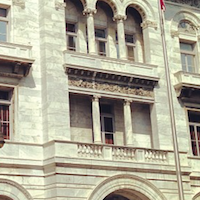 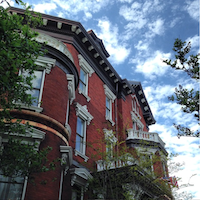 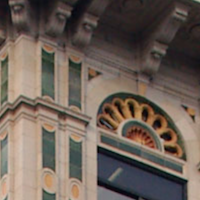 Art Deco
• The Lindsay and Morgan Company sold furniture and carpets from this 1920s building. Art Deco tile work along the top of the building is pointed towards by a vertical orientation of contrasting brick between the windows.

Functionalism
• Now used as a dormitory for the Savannah College of Art and Design, the former Downtowner Motor Inn employs functionalist principles from the Bauhaus School. On this example from the 1960s, the style that began as logical or rational in the 1910s is showing a transition to Historicism with frilly ironwork and exposed brick. 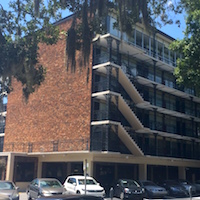 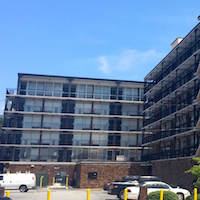 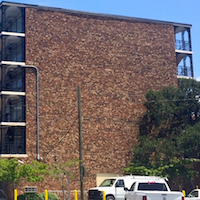 Neo-Historicism
• Federal Government offices cover a third of Heathcote Ward. They represent a period of architecture that began in the 1960s, may have hit a high point in the 1980s, but continues into the 21st century. This movement is a reaction to the rational or functional architecture of the early to mid 20th century and is labeled with terms such as Traditionalism, Historicism, or Post Modernism. In this Savannah example, the historic references include banded rustication, punched-hole fenestration, and large front porticos with square columns.

Contemporary
• Moshe Safdie’s design for the the contemporary wing of the Telfair Museum of Art was completed in March 2006. The Jepson Center for the Arts reminds Savannahians of their tradition for incorporating new design into Oglethorpe’s original system of wards, squares, and lanes. 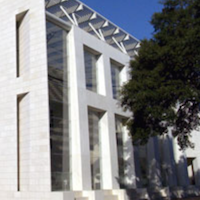 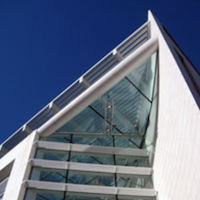